It's from The Service Bureau Corporation, a subsidiary of IBM, dated April, 1957, received while I was still a senior at Cornell. I accepted the offer and worked at 635 Madison Avenue, for the princely salary of $400/month. There I was trained as a computer programmer using an optimized assembly language called SOAP, written for the IBM 650 by Stan Poley, a former jazz musician. 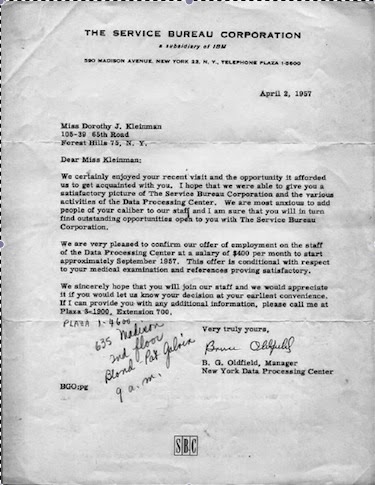