Pauline Caplan’s immigration to the US 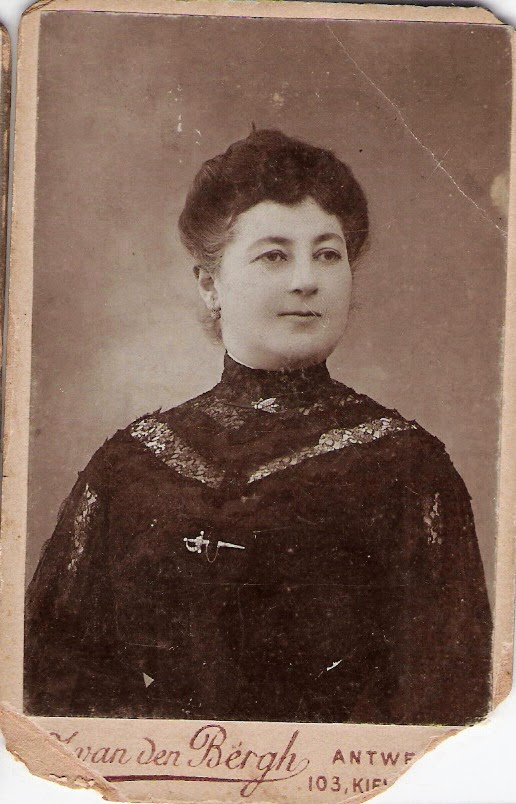 The year is c. 1899. Pauline Caplan is widowed in Bucharest with five living children.
Her sixth child, William, died in infancy just last year. Her beloved husband Heinrich
has died suddenly of appendicitis. He was a chartered accountant, and leaves her with a life
insurance policy.

Pauline decides to move her family to Antwerp. She has a brother, Carl, in business
there. She speaks French. She is a practical nurse. By c. 1900 she has found
employment with the Red Star Line, a shipping company that transports immigrants to
the US. Employees are given a discount on transatlantic tickets. She bring5 the
whole family to Ellis Island in July, 1900, but they are turned back for lack of sponsorship. 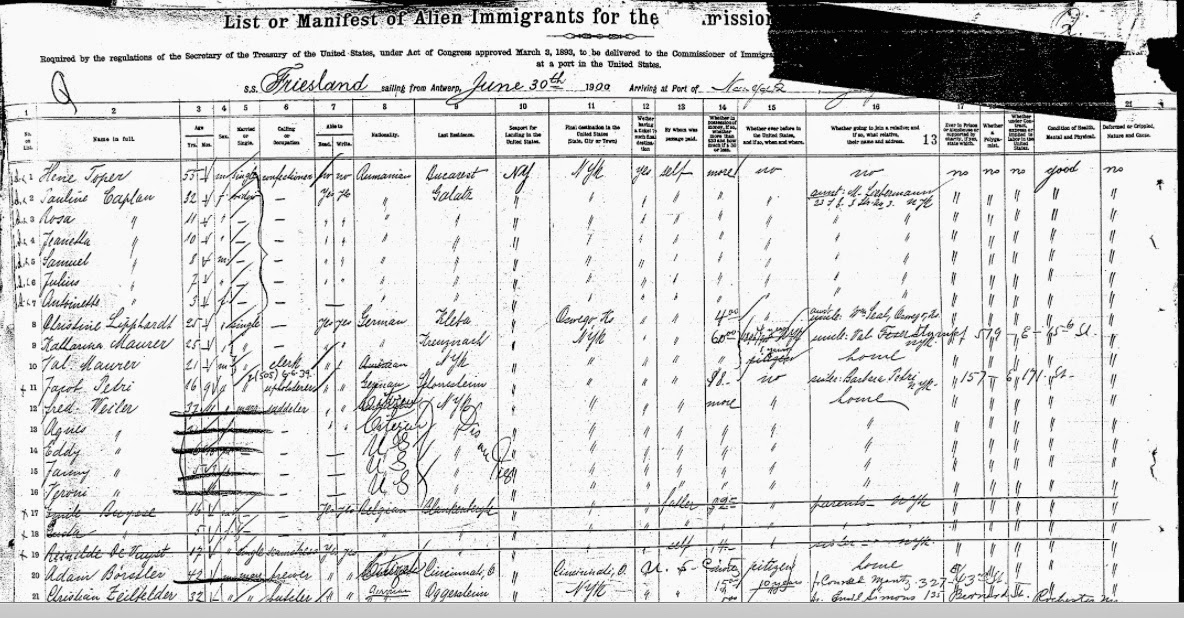 Disappointed but not deterred, she returns to Antwerp and develops a different plan. Like
a mother cat, she will bring her children to the US in stages. First, the two oldest, the
girls. They have a marketable skill: embroidery. In early 1903 she sets them up in an
apartment in Greenwich Village and rents them a concession on 59th Street at Bloomingdale’s
department store, monogramming towels, robes, and handkerchiefs. They are 14 and
15 years old at the time. The three younger children are left in Antwerp with foster families, the
boys with one, Antoinette with another. Antoinette later remembers her foster family as
having been kind. The boys’ foster family let Pauline know that the boys fight all the time and
must be split up. Later in 1903, Pauline returns alone to Antwerp to collect her remaining three
children. This time she sails to Boston and then takes a train to New York City, to avoid the ugly
memory of Ellis Island.

The family, now reunited, live on West 10th Street. But they move every year, because
landlords give a one-month free rent to new tenants. One year they move to Hoboken
New Jersey. Their cat who was left in NYC finds his way (via ferry) to their Hoboken
apartment. The following year they all return to NYC.

Antoinette is gifted at piano, and in c. 1916 begins to study seriously at the New York
Conservatory of Musical Art (subsequently Julliard). She is especially good at
accompanying singers. Jenny marries Fred in 1917. When baby daughter Miriam is
born in 1918, they rent a large brownstone house in Brooklyn and rent out extra rooms
for income. When Pauline dies in 1919, Antoinette, Sam, Julius, and Rose move in with
Jenny, Fred, and Miriam. Rose marries Will in c. 1920, and Antoinette meets Jack, a
friend of Will, at the wedding. Antoinette marries Jack in 1923. First, they have two boys,
then they have me.
Posted by SavtaDotty at 12:23 PM